RENO, Nev. - Chris Via of Springfield, Ohio, has continued to put himself in position to become a champion on the Professional Bowlers Association Tour, and he broke through in a major way Sunday at the 2021 U.S. Open.

The 29-year-old right-hander claimed the first title of his career and a $30,000 top prize with a dramatic 214-213 victory over Jakob Butturff of Tempe, Arizona, at the famed National Bowling Stadium. 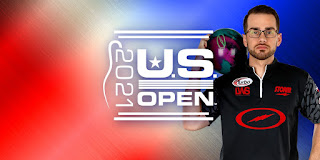 Email ThisBlogThis!Share to TwitterShare to FacebookShare to Pinterest
Labels: 2021 US Open, bowling's US Open, Chris Via