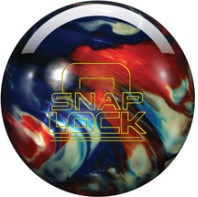 Filling in the gaps - what does that mean? This is a common phrase used by the top bowlers all over the world when they are looking for a ball in their arsenal that they need the most. The GI-15™ hybrid reactive Indigo/White/Copper coverstock found on the Storm Lock is designed for the most demanding patterns when the oil is just too much to handle. We felt that the need to create a pearlized version of this monster was essential for the continued success of the Premier Line.

The Snap Lock™ meets and exceeds this void Storm needed to fill. It will allow you to stay straighter longer without over-reacting when you don’t want it to. When the lanes begin to break down, the next best step for you to stay ahead of the transition is to switch to a ball with similar overall motion but gets through the front part of the lane with ease.

The R3S™ Pearl Reactive coverstock is engineered to do just that: get you through the heads without you trying to “trick” it at the point of release.

The RAD-X™ core will give you a smoother overall response to the oil on the lane with its low RG, fast revving design. When other pearls are too skid/flippy, this type of weight block is exactly what you need.

Snap to the top with the Snap Lock™ by your side! FRAGRANCE: Ginger Verbena. Worldwide Release Date: June 6, 2016. 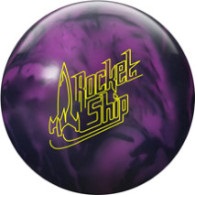 The new Rocket Ship™ is encased with R2S™ Solid 2-Tone Purple Reactive material but is a unique ball with a surface prep that is the first of its kind: 3000-grit Sheen. It undergoes the same process as a 1500-grit polished ball, but we added a final step by quickly and lightly hitting it with a 3000-grit Abralon® pad, the industry standard. This smooths out the surface topography of the ball by lightly breaking up the polish that was applied creating a sanded profile with a smooth sheen appearance. Always with the bowler in mind, we developed this process to ensure an even, controllable, forgiving reaction for whoever rolls it.

The Booster™ Core was the perfect option for this new method of surface development due to its mid-range RG and moderate differential values. It will provide a long, smoother option if the Sky Rocket™ were to be too angular. No one does a better job than Storm at filling in the gaps. That is our commitment to our bowlers, and that is why we are The Bowler’s Company™.
Posted by Warren Friedl at 10:55 AM No comments:


CARPENTERSVILLE, Ill. – EJ Tackett of Huntington, Ind., broke up a 7-9 split, converting the break into a string of three strikes that proved to be the difference in winning his second career PBA Tour title Sunday in the PBA Xtra Frame Storm Open at Liberty Lanes.

“They say winning your second title is the toughest,” said Tackett, who won his first PBA Tour title in the 2015 PBA Xtra Frame Lubbock Sports Open. “But I’ve been close and I’ve been bowling well. Maybe this will lead to something more."

“I really didn’t think I could bowl enough to beat Ryan; I thought it would take 250 to win,” Tackett said. “I got fortunate that he didn’t bowl a good game because that’s really uncharacteristic of how he’s been bowling.”

Ciminelli’s closing string of four strikes forced Tackett to mark in the 10th frame on the lane that was giving him difficulty.

“I liked the first shot,” he said, despite leaving a 4 pin. “I guess, being in the situation, I probably threw it a little hard, but the result was good. I was a little nervous on that (4 pin) spare, just because I’d missed one in match play earlier – against Ryan, actually.”

Taylor’s “Cinderella” bid for his first PBA Tour title, in only his second PBA Tour event after bowling in 103 regionals, came to an end with a 205-200 loss to Tackett in the semifinal match. Tackett threw one double and converted six single-pin spares, but Taylor threw one too many splits.

Taylor, an 11-year PBA Midwest Region competitor with three regional titles, rallied from an early 29-pin deficit with a string of six strikes to eliminate Sean Rash of Montgomery, Ill., 237-209, in the first stepladder match. The 40-year-old right-hander then watched 14-time PBA Tour titlist Patrick Allen of Mount Kisco, N.Y., start with five strikes, rolling into an early 33-pin lead, before throwing eight strikes in his last nine attempts for a 246-212 victory. Allen left a pocket 7-10 in the seventh frame and then saw his titles hopes disappear when he left and failed to convert the 3-7-9 split in the ninth frame.

The PBA Xtra Frame Storm Open is the second of 10 Xtra Frame events that will pay the PBA member with the highest points total at the conclusion of the series a $10,000 bonus. Tackett said his plan is to bowl the entire Xtra Frame series."

The series rewards good bowling, it rewards consistency on different patterns,” Tackett said. “They’re not just handing out titles and with a $10,000 bonus at the end, it’s worth going after.”