Expect in late July, Roto Grip’s New Grand Illusion Bowling Ball’s Cherry Red/Royal Blue "Ultimate Vision" Solid Reactive Coverstock (used in the Epic series) will be finished at 2000 grit and polished. Look for the "Helios II" core Radius of Gyration to be 2.54 and Differential of .041. 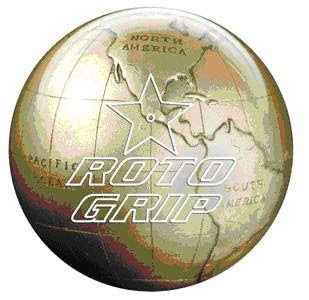 Roger Noordhoek, VP of Business Development, Roto Grip/Storm commented "We (Roto Grip) have also been without a polyester spare ball for quite some time and we are now releasing a very cool looking Golden Globe."
Posted by Warren Friedl at 12:12 PM No comments:

Why Cheap Bowling Balls Are Cheap, An Example

Two balls sat on my counter.

The kids, that these balls were drilled for, did not realize that the holes had gotten tighter because they had grown. Dad brought the kids in to get the balls adjusted.

What dad did not realize was the serial number in the middle of the three holes, on his kids' new balls, normally are on the bottom of an Ebonite Maxim. Ebonite engraves identifying letters and numbers on the opposite side of the ball to the center of gravity (a little bullseye shape used to identify where the manufacturer has determined is the heaviest point on the ball, the starting point to balance the ball).

No need to worry about that because department stores and big sport stores don't ever balance a bowling ball before they drill it. You need a scale to balance a ball. You need to know how to use a scale. At 7 pounds something (a couple ounces), good thing they didn't have a scale, the oldest boy's ball was supposed to be an 8 pound ball. What's a pound here or there!

The balls sitting on my counter are not Maxims. The plastic balls Ebonite sells to this store are called something else (Zoom). Same colors, same look.

The ball driller for a large sport store chain drilled the balls upside down.

Among amendments approved were those that will:
Give tournament officials authority to let participants practice prior to resuming an interrupted game/series due to equipment failure.

Allow the Bowling Proprietors' Association of America to select the proprietor positions for the USBC Board with the USBC Board's approval.

Allow youth associations to elect delegates to the annual meeting and count both adult and youth members when determining the number of delegates to which a local association is entitled.

Allow youth members, at least 18 years of age, to be eligible to serve as a merged association's delegate.

Allow officers and directors in a merged association who hold youth membership to have a vote only on adult dues, directors representing adults and delegates to the USBC Annual Meeting.

Allow state and local associations the choice to allow the board to use mail or electronic voting, and provides the procedures to use.

Among amendments rejected were those that would have:

Allowed substitutes to bowl without USBC membership until they participate in their third league session. Rejected

Required a league to act on verbal charges. Rejected

Allowed state and local associations to assess their adult membership dues without the delegates setting the maximum. Rejected
Posted by Warren Friedl at 10:29 PM No comments: 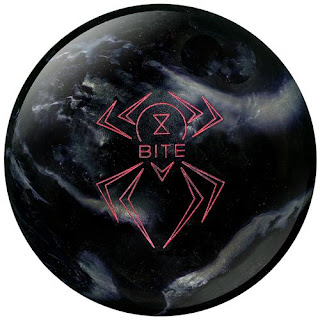 Later in August an Ebonite NVD, with "Spike Core Version 2" in Black/Navy/Gold. Also, this summer, from Track look for the Up-Rising and Kinetic Pearl.

Posted by Warren Friedl at 11:28 AM No comments: 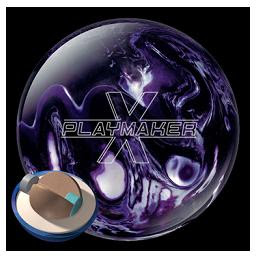 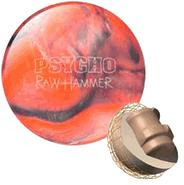 Posted by Warren Friedl at 10:42 AM No comments: 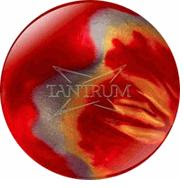 On June 16th, Track’s new Tantrum will be released. The family resemblance to the Temper’s “Legion” asymmetrical core is wrapped in the NEW "MP Gen 2" Red/Gold/Silver coverstock finished to 1000 grit Abralon and polished. RG and Diff are reported as 2.46 and .041.


Posted by Warren Friedl at 9:56 PM No comments:

Posted by Warren Friedl at 9:52 PM No comments: 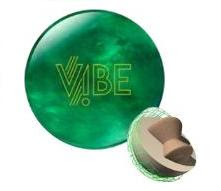 A new Hammer Vibe in Emerald Green with Max-Flip reactive cover with the Vibe symmetric core is joining the Red Vibe. The surface is finished at 4000 grit with Abralon then Factory Finish polish.

Brunswick's Swarm combines a pearlized PowerKoil 18 coverstock in Black Pearl and Yellow Pearl with the new medium RG "Honeycomb" core. The core incorporates a honeycomb of high and low density fillers to create an optimum medium RG match-up for length and angularity.

Posted by Warren Friedl at 8:59 PM No comments:

'Ntense LevRG from MoRich- features strongest asymmetrical core design ever released, surrounded by a 1000 grit Pearl Particle Cover. Designed for use on heavier volumes of oil when angularity at the breakpoint is desired.

Mojave from MoRich- features an extremely tame version of our EZ Rev core design surrounded by a very mild Pearl Reactive Cover. Designed for use on lighter volumes of oil, when getting the ball down the lane is essential.

Storm will be introducing: the Dimension, Rapid Fire Pearl and a new color (Ocean/Sky) in the Tropical Storm line.

Brunswick will be adding a new Fury, new Zone, Swarm and Copperhead .

Ebonite disclosed plans to reissue The One.
Posted by Warren Friedl at 11:13 PM No comments:

Is Your Pro Shop Indispensable?

From the May Pro Shop Operator Magazine

The amount of value you provide (if you’re in a center) is directly connected to what money you generate (or save) for the landlord. My stores have not paid rent for almost 6 years because forward thinking proprietors recognized that a pro shop partner is extremely valuable. Are you a minor revenue stream to the people running the bigger business around you? Or better, are you an integral part of the league structure, organized open play, and competitive structure of the center?

Are you in the building because an owner or manager thinks it is a good idea (because a lot of centers have stores)? Or do you work closely with the management, including ownership to promote leagues, open play programs and competitive programs (sweepers, tournaments).

Is your store perceived by your landlord as good will to your centers bowlers? If so, you are not a big enough part of the centers activities, to be invaluable to the center, to be a center partner. If you help do some of the aforementioned, you create an indispensable partnership that contributes strongly to the bottom line.

Of course, you get paid for most services to the league/casual bowler. Do you run profitable Learn to Bowl Classes, or new bowler/bad bowler instruction? Are those customers funneled into the league structure (with concern for their ability level)? When the center looks to your business for additional business, you are the partner you want to position yourself to be.

Suppose, the center felt retaining league customers was a good idea. Suppose, offering a team that was in last place, FREE bowling instructions, to retain them, was a good idea. And if the bowlers improved and the team(s) got better, had more fun and signed up again (many leagues lose their last place team, sometimes, several of the bottom TEAMS), the center would value that service. You do, or could provide that service.

Provide the center with new customers? The new customer question is the biggie. You encourage someone at the grocery store to stop over and bowl, you make the center $1.50, $2.50, $5.00/game, whatever.

What if you provided more than a few sign ups? What if you can identify 20 bowlers that now bowl in the center? 20 bowlers should generate around $10,000 to $14,000 dollars, conservatively. How big a thank you would you expect?

In the hectic sign up period at the beginning of the season, or beginning of the summer, your twenty bowlers (that includes you, any staff, any buddies, your wife and family, friend and relatives –start counting) mean a sizable chunk of revenue.

Some centers all ready recognize your contribution. Many give you free bowling, even free league participation, but if you contribute more than a few casual players you are contributing to the revenue stream without it costing the center much (if anything).

Richard Shockley, a top coach, former pro shop operator, International Bowling Pro Shop and Instructors Association Vice President and Member of the Board of Directors shared the example of two pro bowlers in Texas, that generated over 100 bowlers to the league programs of their center in a year. The Pro bowlers are Del Ballard and Carolyn Dorin-Ballard. The Ballard’s league bowlers provided (conservatively) $60,000.00 to that center.

If you could identify your contribution to the bowling center’s revenues was roughly $60,000.00 or more, how big a thank you would you expect. How much rent would you expect to pay?

You are not as well known as the Ballards. Your impact as coach, mentor, pro shop guy (or gal) will surprise you, when you ask a customer where they bowl, and have they ever considered bowling in “your” center.

Be indispensable, track your contributions. Then sit down and have a talk about rent and your perks.
Posted by Warren Friedl at 1:33 PM No comments:

Email ThisBlogThis!Share to TwitterShare to FacebookShare to Pinterest
Labels: The Value of a Pro Shop to a Bowling Center

For the fifth consecutive year, the USBC Intercollegiate Team Championships presented by Storm, will be showcased on CBS College Sports Network, airing the women's and men's national championship matches in early June.

STORM Bowling Products recently introduced the new Street Rod duo. With Reactor coverstocks, the solid in Blue and Black is finished at 2000 Abralon (and smells like Blueberries), while the pearl (Red Pearl/Blue Pearl) cover is 1500 finished with polish (and has the aroma of Strawberries). The Turbine core (lightbulb with a flip block on the bottom) produces RG/Diff numbers of: #16-2.53/.040, #15-2.55/.038, #14- 2.58/.035. "Very Jolt like numbers but stronger" from Ernest Goedicker, Technical Director at Storm.
Posted by Warren Friedl at 10:41 AM No comments:

Expect the Gladiator Pearl from Visionary Bowling on May 9th. With a Mohawk core and Red/Gold/Black Galea reactive pearl coverstock finished to 1500 and polished. Visionary reports the Gladiator Pearl is designed for medium lane conditions with RG of: 2.51 and an RG Differential of .044.
Posted by Warren Friedl at 2:11 PM No comments:

What a night for 300 on ESPN2, Tuesday, April 29! Three bowlers who have ties to the Columbia brand competed with products from 300’s ‘New Era’ and all of the bowlers were undefeated against everyone except each other.

Posted by Warren Friedl at 12:39 PM No comments:

Posted by Warren Friedl at 12:07 PM No comments: