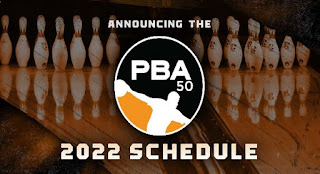 Pete Weber is the defending PBA50 National Champion, Chris Barnes will defend the PBA50 Cup and Tom Hess will defend both the USBC Senior Masters and PBA Senior U.S. Open.

Hess enters the season as the reigning PBA50 Player of the Year and PBA50 Rookie of the Year, having defeated Barnes in the championship match of both the Senior U.S. Open and USBC Senior Masters to clinch both awards.

The PBA50 Tour again begins in Florida and moves up the coast before going west and ultimately finishing in the Midwest. New events for 2022 include the PBA50 Mooresville Open in Mooresville, N.C. (last held in 2019) and the PBA50 Highland Park Lanes Open in Greeley, Colo. The PBA50 Bud Moore Classic will again hold its finals in Bud Moore Lanes at the home of Bill Moore, with qualifying this year taking place at Bowl America Dranesville in Sterling, Va. The PBA50 Cup moves from Lubbock, where the Senior U.S. Open will be held, to Vision Lanes in Westland.

Weber, who won two PBA50 titles in 2021 to give him 13 in his career, will be chasing Walter Ray Williams Jr., who won the season-opening event last season to set the all-time record with 15 PBA50 Tour titles. The win broke the tie at 14 Williams previously shared with John Handegard. Weber and Williams will have 14 PBA50 events in which to battle. Williams, along with all other players age 60 and over, will have three more chances to compete in PBA60-exclusive events.

Posted by Warren Friedl at 12:27 PM No comments:

ARLINGTON, Texas – The 2022 Professional Women’s Bowling Association Tour season will begin in May and feature 12 events, seven of which will conclude on CBS Sports Network.

Athletes in 2022 will be competing for an overall prize fund of approximately $1.4 million, which represents the largest average per event since the tour’s relaunch in 2015.

The schedule will feature the United States Bowling Congress Queens and U.S. Women’s Open, along with the season-ending PWBA Tour Championship, to close out the season. Shannon Pluhowsky of Dayton, Ohio, won her second major title and $50,000 in October at the 2021 Tour Championship.

The stepladder finals at all three majors, and four standard events throughout the season, will

“We’re thrilled to continue this commitment to larger top prizes after the excitement earlier this year at the U.S. Women’s Open and PWBA Tour Championship,” USBC President Melissa McDaniel said. “The 2022 season will be incredible to watch, and we’re proud to be able to invest in the future of the PWBA Tour and the sport of bowling.”

“It has been great to work together with the PWBA staff to deliver a schedule that we felt best serves the wants and needs of the entire membership,” said 2021 PWBA Player of the Year and PWBA Player Committee chair Bryanna Coté. “We are really looking forward to getting out on the lanes in 2022 and hope these new changes will bring even more new faces out to compete on the PWBA Tour.”

The CBS Sports Network coverage will begin with the season-opening Rockford Open at The Cherry Bowl in Rockford, Illinois. The event will begin May 12, with the stepladder finals being broadcast May 15.

The other standard events on the CBS Sports Network schedule are the Twin Cities Open, St. Petersburg-Clearwater Open and PWBA BVL Open.

“The additional exposure of the PWBA Tour on CBS Sports Network will allow the best athletes in the sport to be showcased throughout 2022,” BPAA Executive Director Frank DeSocio said. “We’re excited to be able to watch these athletes perform on the biggest stages, while reaching a larger audience and fanbase through these national broadcasts.”

All rounds leading up to the stepladder finals will be broadcast on BowlTV.com. Events not featuring a CBS Sports Network broadcast, excluding the Professional Bowlers Association/PWBA Striking Against Breast Cancer Mixed Doubles event, will conclude live on BowlTV.

There also will be two PWBA Regional competitions tied to national tour stops during the season. The regionals will take place May 15 after the Rockford Open and May 29 after the Twin Cities Open.

To learn more about the PWBA Tour, visit PWBA.com.

Posted by Warren Friedl at 7:16 AM No comments:

ARLINGTON, Texas - Most bowling fans know Kelly Kulick of Union, New Jersey, as one of the world's top competitors or even as a personality on various bowling telecasts, but they'll get to see her in a new capacity in 2022 as the head coach for the Junior Team USA bowling program.Kulick, a United States Bowling Congress Hall of Famer and USBC Silver coach, will assume the position vacated by Bryan O'Keefe, who was named head coach of Team USA in June. The two have worked together for the past four years and will continue to do so in their new positions. 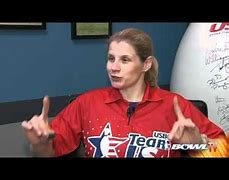 Since 2017, Kulick has been one of seven assistant coaches for Team USA, offering her expertise at a variety of camps and international events.Her new role puts her at the helm of the expanding junior program that now includes more than two dozen Junior Team USA members and the members of the developmental team.Kulick will begin her tenure at the upcoming USBC Team USA Trials, an event she won in 2019 and 2020."There are few things more special and rewarding than standing on the podium and hearing our national anthem, but helping others experience that for the first time might be one of those things," Kulick said. "I'm extremely proud of my career with Team USA, and I'm excited to continue that by helping the next generation of champions reach their dreams."For more than two decades, Kulick has been a standout on the lanes for Team USA, earning dozens of medals across the globe. She is a 17-time member of the team and was a Junior Team USA member in 1998 and 2000.The 44-year-old right-hander won her first international medal in 1998 and most recently took home a pair of medals and co-Most Valuable Player honors at the 2021 International Bowling Federation Super World Championships in Dubai, United Arab Emirates.The years in between have been filled with success on the Professional Women's Bowling Association Tour and as a pioneer on the Professional Bowlers Association Tour, where she became the first woman to win a PBA Tour title. She won the PBA Tournament of Champions in 2010.Kulick also has been involved in the administrative side of the sport, serving three terms on the USBC Board of Directors. Her stint concluded at the end of the 2019-2020 season, but she continues to serve as a member of the USBC Hall of Fame Committee.When not competing or carrying out her committee responsibilities, Kulick has been passionate about helping others improve and succeed - in bowling and in other areas of life and fitness.Coaching bowling is a journey that started close to home as a student, and later as an instructor, for New Jersey's Dick Ritger Bowling Camps. She has been a Level 3 Master Dick Ritger coach since 1995.Kulick's coaching endeavors have taken her as far as Australia for regular clinics and appearances, and her official debut as part of the Team USA coaching staff came at the 2018 IBF World Youth Championships in the Detroit area."Kelly has been a huge part of Team USA's on-lane success over the last 20 years, and she has been a great influence for the Junior Team USA players through her role as an assistant coach," O'Keefe said. "Her transition to this new opportunity is a logical next step in her career, and I know it will be seamless due to her experience as a player and coach and because of her familiarity with international competition. I respect Kelly as a competitor and as a colleague, and I know she will be a great leader for the next generation of young standouts."While bowling became Kulick's career since graduating from Morehead State University in 2000, her bachelor's degree in physical and health education has served her well for her own fitness goals and in helping others.She is part of the National Exercise Trainers Association and certified in kettlebell and foam rolling. She also teaches line dancing and group exercise classes and can offer advice as a nutrition specialty coach. The latter stemmed from a passion for food and cooking.For more information on Junior Team USA, visit BOWL.com/JuniorTeamUSA.
Posted by Warren Friedl at 10:47 AM No comments:

Mo Pinel spent a career reshaping the ball’s inner core to harness the power of physics. He revolutionized the sport—and spared no critics along the way.