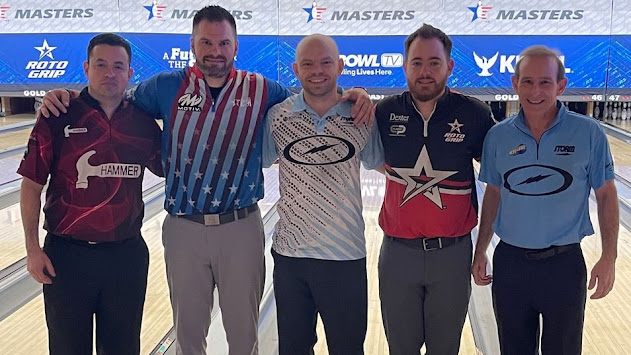 Battled for the Top seed, Duke was victorious 666 to Simonson's 644, concluding the winner's bracket.

The loser's bracket seeding eliminated Jacob Butturff, EJ Tacket and Jason Belmonte. Also, Brent Boho of Indianapolis traveled deepest into one of the toughest bowling tournaments in the land but as low man, in the last seeding round robin, Boho was low man out.

Posted by Warren Friedl at 9:00 PM No comments:

From the Gold Coast Hotel and Casino in Las Vegas, the 2022 United States Bowling Congress Masters Bracket update from Saturday afternoon: The next round of winners bracket action will pit Norm Duke vs Anthony Simonsen bowling for first and second seeds. 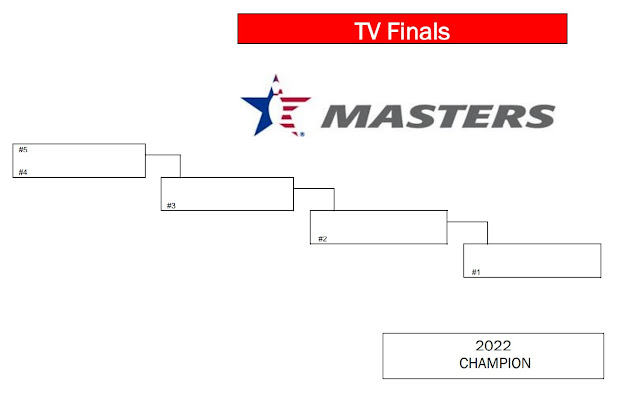 Posted by Warren Friedl at 12:51 PM No comments:

From the Gold Coast Hotel and Casino in Las Vegas, the 2022 United States Bowling Congress Masters Bracket update from Saturday morning: Next round of winners bracket action will pit Norm Duke vs Brad Miller,  Anthony Simonsen vs Brent Boho. Winners will bowl for first and second seeds.

Posted by Warren Friedl at 11:05 AM No comments:

Competitors in the 414-player field bowled 15 games of qualifying over three days, which included two blocks on the fresh 40-foot lane condition and one squad on the burn.

The top 63 players, based on total pinfall, advanced to match play, while Denmark's Thomas Larsen was guaranteed a spot in the bracket as the defending champion.

Larsen could have improved his seeding through qualifying, but he finished Thursday's final round in 160th place with a 2,929 total. He will be the No. 64 seed heading in to match play starting Friday at noon Eastern and face Simonsen in the opening round.

The final spot from qualifying went to Dino Castillo of Highland Village, Texas. Castillo finished in 63rd place with a 3,053 total (203.53 average) and will take on Tackett in Friday's opening round.

Simonsen became the youngest major champion when he won the 2016 Masters at 19 years and 39 days old, and he recorded his second major win at the 2019 Professional Bowlers Association Players Championship.

His third major came in February at the U.S. Open, when he defeated Tackett in the title match, 232-165.

The bracket at the 2022 Masters will feature eight past champions, including Simonsen, Belmonte and Larsen.

Butturff defeated Holliman in the title match of the 2019 Masters for his first major title, which also was held at the Gold Coast Bowling Center.

All bracket matches leading up to the stepladder finals will feature a three-game total-pinfall format. Five players will advance from the bracket to the stepladder, which will air live Sunday at 1 p.m. Eastern on FOX. The winner will take home the $100,000 top prize and major title on the PBA Tour.

All rounds of competition prior to the stepladder will be broadcast live by BowlTV and simulcast to FloBowling.

Posted by Warren Friedl at 8:20 PM No comments:

At 9:00am on a fresh pattern, DJ Archer vs. Norm Duke, Parker Bohn III vs Brad Miller, the leader going into Matchplay - Anthony Simonsen vs Jason Butturff, Martin Larsen vs B. Boho.

These winners bracket bowlers will battle until only two are standing. The winners bracket finalists will grab #1 and #2 seeds for the Sunday afternoon (1:00pm EST) LIVE stepladder finals on

Loser bracket bowlers competing Saturday morning, looking at, a one (more) and done result, they include: AJ Johnson vs Bill O'Neill, EJ Tacket vs Tommy Jones, Jason Belmonte vs  B. Steams, Shawn Maldonado vs David Krol.

The final Loser's bracket matches boil down to a final four players rolling three games for seed spots. The lowest scoring bowler will be eliminated. The top three players move into the Sunday afternoon stepladder finals as #3,#4, and #5 seeds, determined by total pins. 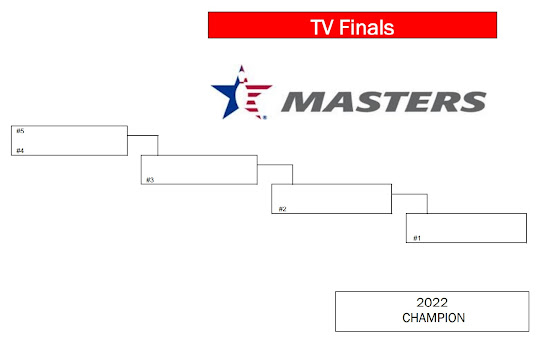 Posted by Warren Friedl at 8:16 PM No comments: