Colombian native Andres Gomez, who has won titles around the world as a member of his national bowling team for more than a decade, will try to add a Professional Bowlers Association (PBA) Tour title to his collection in the finals of the PBA’s Carmen Salvino Classic as part of the PBA Tour’s final “doubleheader” weekend of the 2011-12 season.

The seventh of eight PBA World Series of Bowling finals will air Sunday at 1 p.m. ET on ESPN.


Also this weekend, the PBA Tour’s competition points leaders will join the best players from the PBA’s seven regional programs and the 2011 PBA Senior Tour points list for the Xtra Frame Tour Dick Weber PBA Playoffs presented by Hammer at Woodland Bowl in Indianapolis. The PBA Playoffs will be covered live, exclusively by PBA’s online bowling channel, Xtra Frame, including all qualifying and elimination rounds Saturday and Sunday.


Gomez, a 38-year-old veteran of four seasons of PBA Tour competition, earned top qualifier honors for the Carmen Salvino Classic by averaging 249.44 over 16 games at South Point Bowling Center. He will face 2008-09 PBA Player of the Year Wes Malott of Pflugerville, TX; non-titlist Ronnie Russell of Marion, IN, and Australian two-handed star Jason Belmonte, who has already won two World Series of Bowling titles, in the four-player “eliminator” format finals.


Gomez, who now lives in the Miami area, came closest to victory during the 2010 PBA World Series of Bowling when he finished second in the Pepsi Viper Championship, losing to Bill O’Neill of Southampton, PA, 237-203, in the title match.


Malott won his seventh career PBA Tour title, and first in three years, when he teamed with Norm Duke to win the Mark Roth-Marshall Holman PBA Doubles Championship earlier in the World Series. In the process of winning, Malott helped deny Russell his first PBA Tour title for the fourth time. Russell and Sean Rash of Suburban Chicago (Montgomery), IL, were top qualifiers in the doubles championship, but lost to Malott and PBA Hall of Famer Norm Duke of Clermont, FL, 193-167.


Sunday’s ESPN eliminator-format finals will feature three one-game rounds. All four players bowl the opening game, with the lowest-scoring player after each game being eliminated. In the two rounds to follow, the same “low man out” format applies.


In the Salvino title match, the two surviving players will bowl for $15,000 and a PBA Tour title. Gomez and Russell also have a chance to earn a berth in the Round of 36 for the end-of-season PBA Tournament of Champions (TOC) if either wins (Belmonte and Malott have already qualified for the Round of 36 as title winners).


Malott and Russell will try for a second American title in World Series competition while Gomez and Belmonte will try to improve the international players’ domination in the World Series to six titles in seven events.


In the Dick Weber PBA Playoffs presented by Hammer, the winner (if he hasn’t previously won a title during the 2011-12 season), also will earn a TOC Round of 36 berth along with $20,000 and a PBA Tour title. Dick Allen of Columbia, S.C., is defending champion.


A Carmen Salvino Classic pre-event show will be webcast at no cost on pba.com’s Xtra Frame online bowling channel starting Wednesday, with a follow-up post-game show immediately following Sunday’s ESPN telecast. To subscribe to Xtra Frame, visit pba.com and click on the Xtra Frame logo. The monthly subscription rate is $7.99; a full-year subscription is $64.99.
Posted by Warren Friedl at 9:58 AM No comments:

Posted by Warren Friedl at 1:35 AM No comments: 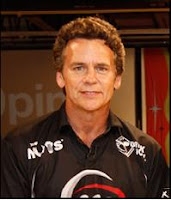 Voss was a first ballot PBA Hall of Famer and has won twenty-five events on the PBA National tour, including the PBA National Championship. He was named PBA Player of the Year in 1988 and became the seventh member of the PBA to reach the million dollar mark in earnings. Voss also represented 900 Global in the last two PBA Summer series Shootouts including the winning team in 2011.

“Brian is a true professional in every sense of the word, both on and off the lanes,” stated Dave Smart of 900 Global.

“We simply could not find a better representative for our Brand moving forward.” When not competing on the PBA Tour, Brian will be spending much of his time in Europe doing clinics and promoting the 900 Global Brand and it’s newly opened distribution center located in Slovenia.

Professional Bowlers Association Hall of Famer Norm Duke won the PBA Detroit Open presented by Track Sunday for his first win of the 2011-12 season and the 35th of his career.

Duke, of Clermont, FL, defeated reigning PBA Player of the Year and No. 1 seed Finland native Mika Koivuniemi, 266-217, in the championship match at Thunderbowl Lanes to win the $10,000 first prize which pushed his career earnings over the $3 million mark.

Koivuniemi, who now makes his home in Hartland, MI, was trying for his 10th career Tour title. Duke joins fellow Hall of Famers Walter Ray Williams Jr. and Pete Weber as the only players to earn more than $3 million and his 35 wins also moved him into fourth on the all-time career list for titles won.

Duke, the No. 2 seed, soundly defeated 2009 PBA World Championship winner Tom Smallwood of Saginaw, MI, in the semi-final match 288-178 to advance to the championship match.

Duke attributed his success to reducing the amount of practice he took before each match. “Usually, everyone wants as much practice as they can get but for me that’s not always the case,” Duke said. “Sometimes you need the practice but other times you have to know when to get out of there.

In the opening stepladder match, Smallwood, who was trying for his second career title, defeated three-time Tour titlist Bill O’Neill of Southampton, PA, 245-214, to advance to the semifinal against Duke.

The next stop for the PBA Tour will be the Dick Weber Playoffs from Woodland Bowl in Indianapolis, IN March 30-April 1 which will also be streamed live on Xtra Frame.

Chris Barnes of Double Oak, Texas, rolled the 22nd nationally-televised 300 game in Professional Bowlers Association (PBA) history during the GEICO Shark Open finals, but he bowled it one game too soon.

After his perfect effort in the semifinal round, Barnes lost in the GEICO Shark Open title to Australia’s Jason Belmonte, 244-213, in a match that extended the international dominance in the PBA World Series of Bowling to five consecutive titles. The finals, conducted at South Point Casino and Hotel, aired Sunday on ESPN.

The title was Belmonte’s second in the World Series and the third of his PBA career.

The GEICO Shark Open, the fourth and final PBA “animal pattern” championships contested during the third annual PBA World Series of Bowling, almost got the best of Belmonte, who had struggled in the opening game of three previous elimination-format finals.

In the opening game of the “low man out” Shark finals, Barnes, who led the Shark field in qualifying, posted a 234. Sean Rash of Suburban Chicago (Montgomery, IL), making his fifth straight final, was next with a 205. Belmonte, with a double in the ninth and 10th frames, finished with a 190 to advance when Finland's  Mika Koivuniemi now living in Hartland, MI, failed to double on his first shot in the 10th, leaving a 2-10 split which he failed to convert for a 172 game.

In game two, Barnes was untouchable on his way to winning a $10,000 perfect game bonus. Belmonte continued to search for strikes, but Rash left splits in the first, third, fifth and seventh frames. Despite converting three of the four, he couldn’t throw two strikes in a row and Belmonte survived their battle for the second berth in the title match, 215-182.

In the title match, Belmonte almost turned the tables on Barnes, finding his line to the pocket and running off a string of seven strikes to start the game. Barnes started with three strikes, but he then lost his carry. Barnes’ 7-10 split on a soft pocket hit in the seventh frame gave the two-handed Australian power player a 51-pin lead. Despite an open frame by Belmonte in his seventh, Barnes was too far behind to make up the difference.

“I would have liked to have thrown the 300 one game later, but I’ll still take it,” Barnes said. “I can’t blame the last game on a bad start. I got out of the gate okay. But Belmo made a ball change, and moved farther inside. My ball started (hooking) a little quicker.

“The killer shot for me was in the seventh frame. I made the hand position change I thought I needed to make, but all of a sudden my ball was hitting flat like everyone else who has bowled against Belmo, and I left that 7-10. I was pretty much dead at that point. He forced the action, which is what great bowlers do. That’s what happens in one-game matches.”

Belmonte, who ended a three-year title drought by winning the Chameleon Open earlier in the World Series, said confidence was the key to getting back into the winner’s circle.

“My physical game is as sharp as it’s ever been,” he said. “If I do everything correct, the ball does the work for me. In the past, I was worried about what the ball was going to do rather than just making the shot and letting the ball do the work.

“When I’m bowling in normal competition, I’m always confident and I’m always ready to bowl strikes. But when you put me into the TV arena, my psyche changes and I can feel myself bowling differently,” he continued. “Today I felt like me. I felt great. I knew exactly where the ball was going. That’s how I was able to get out of that nervous frame of mind.”

Belmonte was at a loss to explain why the United States’ top stars had not yet won a World Series title, although he wasn’t totally surprised.

“In my opinion, the U.S. has by far the best bowlers in the world, but the world is catching up and I think the World Series of Bowling is proving it,” he said. “Stu Williams (England), Dom Barrett (England), Osku (Palermaa, Finland), Martin Larsen (Sweden), Andres Gomez (Colombia), Ildemaro Ruiz (Venezuela)…there are so many international players who have now gone past the amateur level.

“It has taken us time for us to learn the tricks of the trade, and to understand the lifestyle (on the PBA Tour) and how to deal with it. But we’re at the point where we can come out here and be successful.

“In the past, (the international players) haven’t really come to the U.S. a lot and the Americans haven’t come to us, but now the PBA Tour and the World Bowling Tour are causing that to happen. It’s a cool thing.”

In the interim, PBA players will head to Detroit for the third Xtra Frame Tour event, the Detroit Open presented by Track, March 9-11 at Thunderbowl Lanes in suburban Allen Park. First prize will be $10,000 and a berth in the Round of 36 for the season-ending PBA Tournament of Champions. All qualifying and match play rounds of the Detroit Open Saturday and Sunday will be webcast live, exclusively on the PBA’s online bowling channel, Xtra Frame. To subscribe, visit pba.com and click on the Xtra Frame logo.

PBA Tour Players Stand Out at US OPEN

With few exceptions, you can ask every player who bowled in the 2012 U.S. Open how difficult the challenge was, and they’ll likely tell you “you have no idea how tough it is until you do it.”

The statistics tell the story of what happened during the 69th U.S. Open at Brunswick Zone-Carolier in North Brunswick, NJ: