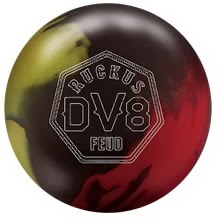 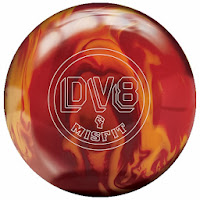 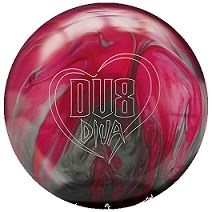 
Posted by Warren Friedl at 9:08 AM No comments:

Posted by Warren Friedl at 10:17 PM No comments:

Email ThisBlogThis!Share to TwitterShare to FacebookShare to Pinterest
Labels: The Bowling Center 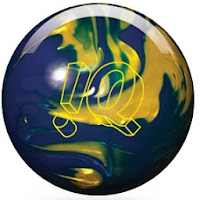 The Blue Solid /Gold Pearl IQ Tour Fusion yields the same strong, aggressive move to the pocket without the sensitivity to higher volumes of oil then the previous IQ Tour or IQ Pearl (while containing the same C³™ Centripetal Control Core. The IQ Tour Fusion’s surface roughness of the new R2S™ hybrid mixture is approximately 12% higher than the pearl, meaning that it can handle more oil (1500-grit Polished), while the highly polished finish keeps it from hooking too early! Feel free to move inside and open up your angle…the IQ Tour Fusion will take care of the rest. Fragrance: Blueberry Muffin 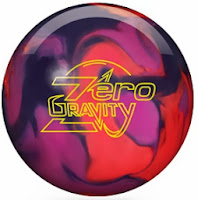 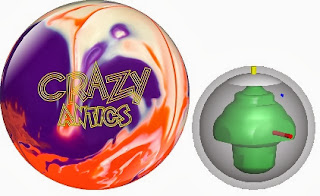 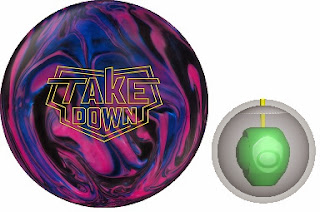 The Sigma Sting™ is a pearl tuned to be an benchmark ball.  Engineered for medium oil, it provides great length and outstanding backend motion that continues confidently through the pin deck.  This is the first time MOTIV has put a pearl cover stock around the Sigma™ core.


The low RG Sigma™ core utilized has been a favorite of MOTIVated bowlers because it provides a versatile ball motion with a very high strike percentage.  The 15# model has a differential of .047, which produces plenty of track flare without expending too much energy, leaving fuel in the tank for a strong backend.


The Sigma Sting™ cover technology is Fusion™ Pearl Reactive, first used on the Primal Rage™.  This shell is known for being very angular when it encounters friction, yet retains energy for bulldozing continuation.  It is tuned with a 1500 grit Power Gel® polished finish to give this low RG ball more length and faster response. Look for the new MOTIV in December.
Posted by Warren Friedl at 9:21 PM No comments:

Hammer Introduces the AMP UP 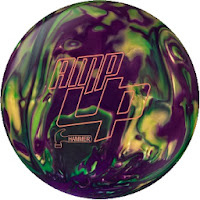 December 10th look for the new Hammer Amp Up.


The Amp Up features Hammer’s PowerShot asymmetric core, first used in the Amp, and designed to provide ultra-high mid-lane revolutions with a very defined breakpoint.


Combine that with the new Overdrive pearl coverstock, and you’ve got another of the strongest rolling upper-mid priced balls in the history of Hammer. With more length and backend than its predecessor, the Amp and Amp Up make a great one-two punch.
Posted by Warren Friedl at 9:17 PM No comments:

Email ThisBlogThis!Share to TwitterShare to FacebookShare to Pinterest
Labels: AMP, Amp Up, Hammer AMP UP

Hannah started the night with games of 204 and 226 before rolling the perfect game to finish with a 730 series, a personal best by 166 pins. Entering the session, her high game was 224 and her high series was 564.
“Going into the third game, I knew what she needed for her first 600 series, but then the strikes started to add up,” said Heidi Diem, Hannah’s mother. “It’s like every shot she threw was right there. It was magical.”

Diem credits much of her daughter's continuing improvement to the support and guidance of the older youth bowlers at Liberty Lanes and the dedication of USBC Bronze coach James Crouch, who runs the youth program. Hannah also spent time over the summer at the Kegel Training Center in Lake Wales, FL.

In four years of certified competition, Hannah has raised her average to 162. She bowls in multiple leagues each week, practices often and bowls in tournaments on weekends. In 2012, she won her singles division at the Florida State Youth Tournament.

After her second game Sunday night, Hannah asked her mother when she thought she’d roll her first perfect game. The answer was, “Next year.” It turned out to be the next game.

“I tried not to talk to her too much and distract her,” Heidi Diem said. “I don’t know how she composed herself. I’ve never thrown a 300 or been close, so I don’t know the pressure she felt when she was up there. Going into the 10th frame, it’s like she didn’t waiver at all. She just got up there and nailed it.”
For Hannah, the accomplishment is a little bit overwhelming.

“At first, I wasn’t that confident I could do it, but as I got more strikes, I felt like maybe it could happen,” said Hannah, who uses a 12-lb. ball. “This just feels amazing. It’s so much excitement, and my brain is still trying to process it all.”
Hannah hopes to continue improving with the help of her teammates and coaches, and her sights are set on potentially competing in the Bowling.com Youth Open Championships and USBC Junior Gold Championships in the Buffalo, NY, area next summer. For now, she and her mother are simply enjoying the chance to bowl together on Sunday nights.

“She certainly didn’t get the bowling gene from me,” Diem said. “I always joke that it skipped me, and she got double, but it means a lot that it’s something we can do together.”

The achievement is pending formal approval from the USBC.
Posted by Warren Friedl at 12:08 PM No comments:

The first of seven telecasts from PBA World Series of Bowling V at South Point Hotel, Casino and Bowling Center aired Sunday on ESPN, and featured the use of a highly-visible blue oil on the lanes for the first time in PBA history.
Malott, in winning his second consecutive title, defeated Colombia native Clara
Guerrero, 214-208, in the opening match, and was nearly perfect in ousting
51-year-old PBA Hall of Famer Pete Weber of St. Ann, MO, 288-242, in advancing to the title match.

Guerrero, only the third woman ever to advance to the nationally-televised
championship round of a PBA Tour event, made a short-lived, but exciting
appearance. The 31-year-old former Wichita State University star – now married and an American citizen living not far from Malott in Pflugerville – took a 15-pin lead over Malott into the eighth frame of the opening match. But Malott
finished with a string of five strikes to eliminate Guerrero, 214-208, and
exorcise a personal demon.

In two previous nationally-televised matches against another woman star, Liz
Johnson of Cheektowaga, NY, Malott lost both times. He committed a foul that
contributed to a 235-228 loss to Johnson in the 2005 PBA Banquet Open (the first time a woman had ever appeared on a PBA Tour telecast), and in July, after he won the U.S. Open in Columbus, Ohio, Malott lost a special “Battle of the Sexes” match against Johnson, the Women’s U.S. Open winner, 194-188.

“There was a lot riding on this show, especially for me,” Malott said. “The
first match against Clara – the lady – I obviously remembered my foul against
Liz and losing to Liz at the U.S. Open. I needed to get that off my back. As
much as I acted like it wasn’t there, it was on the back of my mind. I told
myself at the end of the match I couldn’t give up and let it happen again, so I
wanted to put the pressure on her and I was fortunate to come out the winner.”

For Guerrero, just the opportunity “was a dream,” she said. “Every time you see
the guys on TV, you want to compete with them, beat them. So being here, having the opportunity to bowl against the greatest bowlers in the world, it was a dream. It was the best part of my career.”

After closing out Guerrero with his string of five strikes, Malott added another
10 in a row against Weber, losing his shot at a perfect game when he left a 10
pin on his 11th shot.

“That might have been the best shot I threw all day,” Malott said of the 11th
shot. “I’d throw that one again a million times.”

He continued his torrid pace, striking on seven of his first eight shots in
racing away from Bohn in the title match.

“Against Pete, both of us are kind of in the running for player of the year, and
I thought I would help my chances by winning that match,” Malott said, “but I
also had to beat Parker to win the title, so every match meant a lot. I just
worried about myself and did what I could to win back-to-back titles (the
Cheetah Championship was the first PBA Tour event since the U.S. Open), and it’s a great feeling.”

The Cheetah Championship was the first time a lane conditioning oil with a color additive had ever been used in a PBA Tour championship event, and it was praised by both Guerrero and Malott.

“I saw it,” Guerrero said. “I thought it was going to be a little different. I
thought I’d see the lines on the bowling ball, but it didn’t bother me at all. I
think it’s cool for the audience to actually see the oil and understand the game
a little more, but I just ignored it.”

“Everyone was concerned about what the dye was going to do to the oil, but I
really didn’t move for all three games,” he said. “Because I bowled all three
games playing the same line, so you could see the track of the ball. That’s what
I was curious about.

“This oil could be very educating for the fans and outsiders to help them
understand what we’re dealing with, and to see how accurate we are,” he added. 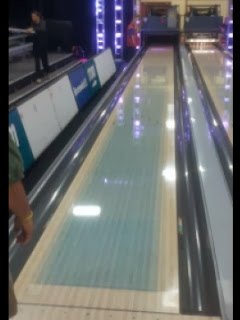 “To me that’s more important than what the oil did to us. I don’t think it affected anything performance-wise. I’m kind of excited about it.”

Next Sunday’s Viper Championship telecast will include a “speed bowling” PBA League Challenge, calling for players to roll as many strikes as possible in a span of 90 seconds.

Posted by Warren Friedl at 11:41 AM No comments: