If I Only Knew Then What I Know Now

Veteran pro shop operators are full of wisdom, much of it gained from enduring some bumps and bruises on the path to creating a successful store.  To create a steady business for the long haul is to learn and evolve. After all, the industry and its consumers are a moving target, always evolving themselves.

With that spirit in tow, Pro Shop Operator connected with six industry veterans and asked them a single question: what do you know now that you wish you knew when you first entered the bowling pro shop game?

The value of a team

But back when he opened his first Best Bowling Pro Shop in 2005, Puerto confesses it wasn’t so easy, largely because he failed to understand the importance of training team members.

“I always wanted to do the work myself to make sure it was done the way I wanted it done,” he says.

Puerto quickly realized, however, that insistence strangled his personal life and sparked an unsustainable pace. With a calculated emphasis on training and empowering his staff, Puerto says both he and the business progressed in a positive direction.

“Not only did I have some time on my hands to attend other events, but I also had time to build the business forward, open other locations, create a website, social media presence, bowling tournaments and events, on and on and on,” he says.

The ability to ask for help

When Mark Moon opened his first pro shop in 1999, he felt as if he was alone on an island, that he needed to have the answers to everything and that there was no one he could turn to for tips or perspective.

Only that wasn’t so.

Over the years, Moon, who runs a pair of Moon’s Pro Shop locations in the Dayton, Ohio, area, learned that manufacturers and reps could be wonderful allies, providing insightful information on products, store best practices and broader industry trends.

“All I had to do was ask,” Moon says. “These guys wanted my business to succeed and wanted to support the game and pro shops like mine, which serve as their frontline connection to the customer.”

To this day, Moon says, he continues to tap manufacturer reps and industry insiders like BPAA director of education Kelly Bednar and renowned ball developer Mo Pinel for thoughtful insights.

“I just didn’t realize how many in the industry were willing to help out and help me move the needle,” Moon says.

When Michelle Rakow opened her first pro shop in 1993, the Internet was but a mainstream dream. Today, however, the Internet is as ubiquitous as sunshine, while buying goods online, including bowling products, has emerged a societal norm.

Had Rakow seen online retail’s swelling appeal upon opening, she says she would have likely offered a la carte pricing on her balls – one price for the ball and another for the service of drilling – to counter the online outlets’ apparently lower prices. When she tested a la carte pricing a few years back, however, it was too late. Customers rejected the idea of being charged twice, even if the final price was the same. As a result, Rakow returned to all-in pricing, albeit with a renewed focus on education.

“[We’re] educating the customer that our price is higher than online because it includes many important and valuable services such as bowler evaluation, fitting, layout and drilling of the ball,” says Rakow, who owned as many as eight pro shops but is now “happily down” to one location inside the Smyrna Bowling Center in Smyrna, Tenn.

An invite onto the lanes

A few years into running Revolutions/Wheaton in suburban Chicago, Warren Friedl had an epiphany.

When a customer described his seemingly improbable bowling form, Friedl invited the customer onto the lanes and soon discovered that the man’s self-analysis was a far cry from reality. Right then, Friedl reevaluated his business and determined that everyone interested in purchasing a ball would get an invite onto the lanes.

“That experience made me wonder about how many people I had misdiagnosed over the years because I let them tell me how they bowled versus seeing it with my own eyes,” says Friedl, who purchased the pro shop in 1989.

Today, Friedl’s ball consultations are a shop hallmark. He charges bowlers a $35 fee to visit the lanes, where Friedl evaluates and records the details of their game and offers subtle tips to spark improvement. If the customers decide to purchase a ball, they then have a $35 credit toward their purchase. If not, they can use the remaining deposit for another lesson. He also provides a complimentary lesson with every ball and guarantees – yes, guarantees – that the ball is going to fit and work.

“It’s why every ball in my store costs more and I don’t have a problem moving product,” Friedl says of the guarantee.

The importance of diversification

Tom Laskow spent two decades in the pro shop world, opening his first shop in 1984 and operating as many as four shops in the 1990s before exiting the business in 2004.

One thing Laskow wishes he would have better understood back in the 1980s: the importance of diversification amid falling league numbers and, subsequently, fewer opportunities for sales. Laskow, who currently does Ebonite demos in the Northeast, wishes he – and many of his contemporaries – would have more aggressively and strategically diversified their operations into areas such as awards, screen printing or coaching.

“Too many of us just watched this happen,” Laskow says.

“You can’t just rely on the pro shop business,” says Laskow, who received the 2015 IBPSIA Bill Bunetta Lighthouse Award, an annual honor presented to those who have made significant contributions to the pro shop industry. “You’ve got to find a way for additional revenue streams and to leverage relationships you have in or out of bowling to make it work.”

The marketing of recreation

Had Gary Parsons known just how deeply rooted the recreational side of bowling would become, he confesses he might not have entered the pro shop business back in 1990.

Parsons, who currently runs a pair of pro shops in the Washington, D.C., metro area, contends that bowling industry leadership intentionally, systematically and increasingly marketed bowling as a recreational activity throughout the 1980s, 1990s and into the 21st century. As a result, he says, the game suffered with falling lane counts, declining TV viewership and dwindling numbers of sanctioned bowlers.

And that, Parsons says, made it tough to be in the pro shop business.

“I saw the decline happening back when I got into the business in 1990, but it was mostly the loss of second shifts,” Parsons says. “By the late 1990s when the change was so evident and disappointing, I was so committed to the bowling pro shop business that I wasn’t going to back out.”

Facing the headwind, Parsons reasoned he could only do one thing: double down on customer service, which he considers more critical today than ever.

“That meant a lot of coaching, education and being very genuine in what I did,” Parsons says. “No one was going to leave disappointed.”

Posted by Warren Friedl at 1:14 PM No comments: 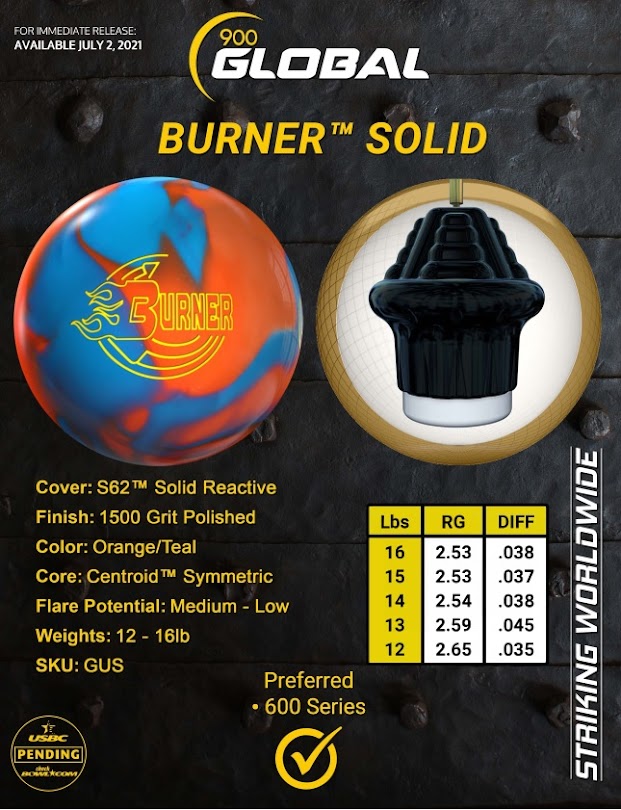 Posted by Warren Friedl at 8:20 PM No comments: 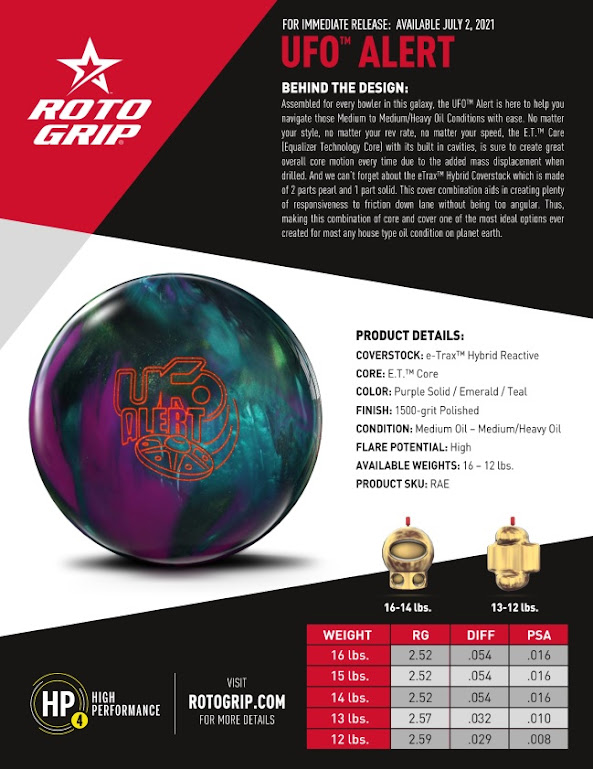 Posted by Warren Friedl at 2:19 PM No comments:

Bowlero Corporation, the owner of the PBA Tour, is going public in a merger with Isos Acquisition Corporation, the companies announced in a news release Thursday morning. The deal values Bowlero, which has about 300 bowling centers in North America, at about $2.6 billion, the companies said. The deal points toward expansion for Bowlero. The transaction supports the continued expansion of Bowlero’s footprint in the $4.5 billion U.S. bowling Industry.

Posted by Warren Friedl at 11:31 AM No comments: 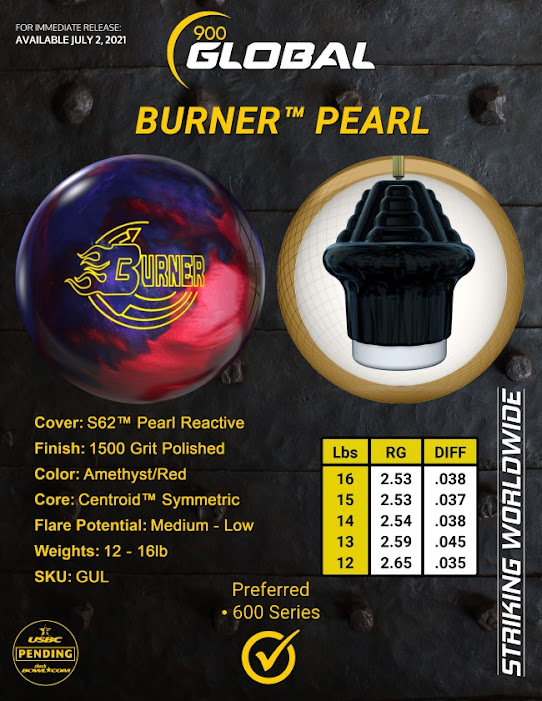 Posted by Warren Friedl at 9:38 AM No comments: 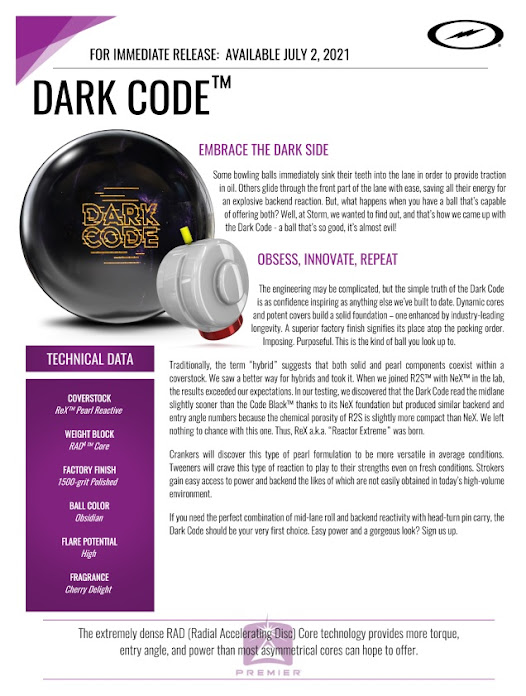 Posted by Warren Friedl at 9:34 AM No comments: