ESPN announced that it will expand its relationship with the Professional Bowlers Association (PBA) under a new five-year deal that will see the network’s previous coverage of the PBA Tour and the PBA League grow from 25.2 hours per year to 36. The deal becomes effective with the 2013 World Series of Bowling, which will debut on ESPN on Sunday, December 1, 2013. 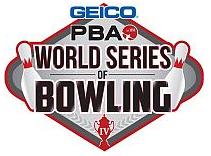 The second season of The PBA League will debut on ESPN on Sunday January 5, 2014.

The deal ensures that the PBA will remain on ESPN and marks the continuation of a partnership that dates back to 1979.
"We are thrilled to continue our long-standing relationship with the PBA, which dates back to 1979, ESPN's inaugural year. Bowling makes for compelling television, and with last year's addition of the PBA League, it has the potential for appealing to a broader audience,” said Jason Bernstein, ESPN Senior Director, Programming.
Chris Paul, one of the league’s founding owners, said, “I’m excited to be part of the PBA League’s second season and back on ESPN. When the League starts in January, I'm confident my guys will come out strong this year.”

“ESPN’s renewed and expanded commitment will help us grow our sport and build on the successful launch of the PBA League.  I’m thrilled that our fans will continue to see the world’s greatest bowlers on ESPN for many years,” said PBA CEO Geoff Reiss.

Posted by Warren Friedl at 1:20 PM No comments:

Posted by Warren Friedl at 6:16 PM No comments:

Loschetter, 33, who had finished second four times during a PBA Tour career that began in 2003 and included 153 previous events, followed a pair of poor shots in the third and fourth frames with a near-perfect finish to run away from O’Neill for the win.

Loschetter entered the Wolf Open finals as the top qualifier, claiming that honor in the preliminary rounds at AMF West by two pins over PBA Hall of Famer Norm Duke of Clermont, FL.

“I’ve put in thousands of hours in this game and to finally win is what matters to me,” Loschetter said. “To say I’m a champion is amazing. I didn’t think for a long time that was ever going to happen. It finally did.”

Loschetter admitted it was increasingly disappointing to know that O’Neill and Mike Fagan, among others – guys who started their careers about the same time he did – had titles while he was left behind.

“I had a lot of people telling me to get that first win,” he added. “They mean well and I appreciated it, but it’s hard to keep hearing. I had to deal with all of those thoughts going through my head. I woke up at 7 this morning and I was thinking all of the crazy things that could happen. I had to let it go. I didn’t know if I could, but I did. Finally. I finally have a title. It’s my lifelong dream.”

Along with his first title, Loschetter qualified for the PBA Tournament of Champions for the first time and he secured a berth in the GEICO Summer King of the Swing special event, the concluding event of the Summer Swing.

O’Neill, who entered the finals as the No. 5 qualifier, nipped PBA Hall of Famer Pete Weber of St. Ann, MO, 222-221, in the opening match. He then spoiled the PBA television debut of 20-year-old rookie E.J. Tackett of Huntington, IN, 234-204, and used a string of six consecutive strikes to rally past Duke in the semifinal match, 233-206.

The Wolf Open was contested on a 32-foot lane conditioning pattern – the shortest in the PBA’s series of eight animal patterns. The finals of the Lucas Oil Bear Open, the third event in the GEICO PBA Summer Swing series, will air next Tuesday, June 25, at 7 p.m. ET.

The preliminary rounds of the Bear Open were contested on a flat 40-foot lane condition pattern – similar to the demanding pattern used in the U.S. Open – at AMF Bowlero.

PBA sponsors include Barbasol, Brunswick, Ebonite International, GEICO, Jack Link’s, Lucas Oil, MOTIV, Storm Products and the United States Bowling Congress, among others. For more information, log on to www.pba.com
Posted by Warren Friedl at 8:49 AM No comments:

AT &T U-verse sports special on the PBA Tournament of Champions and Professional Bowling in general. http://uverseonline.att.net/tv/show/pba-tournament-of-champions#play=dk___dk_exc_sp0607_jun13.mp4
Posted by Warren Friedl at 10:04 AM No comments:

In winning his second consecutive PBA Senior U.S. Open title, Venezuela’s Amleto Monacelli joins Tom Baker and Wayne Webb as the third two-time winner of the event. All three are PBA Hall of Famers and all three have won the PBA50 Tour major in back-to-back years.

Baker won the Senior U.S. Open in 2005 and ’06, Webb won in 2008 and ’09 and Monacelli in 2012 and ’13.
● The Suncoast PBA Senior U.S. Open, presented by Storm, featured challenging lane conditions and failed to produce a 300 game. The high game in the tournament was 299, shot by Monacelli in qualifying and Tulsa’s Mike Edwards in match play.
● Among the match play finalists, Monacelli led the field with 218.2 average for the tournament, nearly seven pins more than Walter Ray Williams Jr., who had the second best average of 211.92. Ron Winger was the top super senior in the field, at age 71, making match play and finishing 24th. Robin Romeo was the top woman, finishing among the 53 cashers in 49th place.
Posted by Warren Friedl at 9:58 AM No comments:

More details will be released soon, but the "Red Ball" (#redball on twitter) people are talking about from the PBA Summer Swing is the new Primal Rage from MOTIV.  Motiv reports "This is a very special ball with incredible continuation. It is the most angular ball we have EVER made!  It is truly impressive."

Posted by Warren Friedl at 10:25 AM No comments: