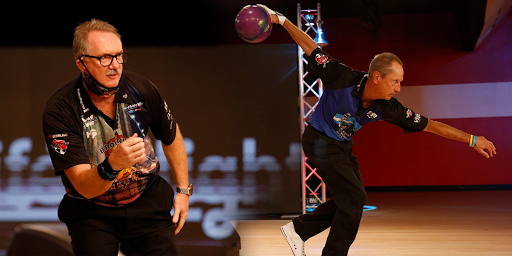 Weber, a 37-time PBA Tour champion,
owns 10 major titles, tying him with Earl Anthony for second most in the history of the PBA. Weber, the 1980 PBA Rookie of the Year, is the only player to win the U.S. Open five times as well as the only player ever to win the Triple Crown (PBA World Championship, Tournament of Champions and U.S. Open) twice. 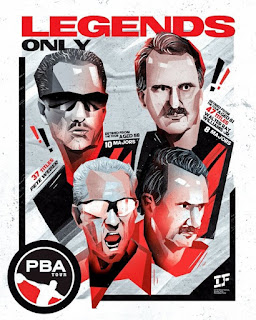 “It’s hard to grasp that I’m done on the National Tour,” said Weber, addressing his fellow competitors after he was eliminated. “In 41 years out here, it’s been awesome. I can still hit the pocket with you guys, but I can’t strike like you guys. It’s been an honor and a privilege to bowl each and every one of you out here.”

Williams holds the all-time record with 47 PBA Tour titles, eight majors among them. He’s been named the PBA Player of the Year a record seven times, the first in 1986 and the last in 2010, when he was 50 years old. Williams won at least one PBA Tour title in 17 consecutive seasons from 1993 to 2010.

“It was nice to have a good tournament at the end,” said Williams. “These young guys are very, very good. I gave it my all today, but I just happened to bowl somebody who bowled really well. Thanks, everybody, for all your support.”

Williams and Weber spent four decades competing against each other on the PBA Tour and rank first and fourth, respectively, in PBA Tour titles.

In their final event, both players qualified in the top 16 to advance to match play in the PBA Scorpion Championship. Both were eliminated, three games to two, by 2021 PBA World Champion Tom Daugherty, with Weber going out in the Round of 16 and Williams in the Round of 8.

Both Weber, 58, and Williams, 61, plan to continue competing on the PBA50 Tour and PBA Regional Tour.

Posted by Warren Friedl at 4:56 PM No comments:

The 2021 ITC and ISC will be held May 3-8 at the 40-lane venue, with the finals to be aired on CBS Sports Network. The dates and times of the broadcasts will be released at a later time.BowlTV.com will provide livestream coverage of all qualifying and match-play rounds of the 2021 events.Spectrum Entertainment Complex was scheduled to host the 2020 ITC and ISC before the events were canceled due to the COVID-19 pandemic.“We are thrilled to be looking ahead to the ITC and ISC and excited to work alongside Spectrum Entertainment Complex and the West Michigan Sports Commission to bring these events back to the Grand Rapids area,” IBC Youth Development Managing Director Gary Brown said. “Collegiate bowling programs across the country are competing every weekend, and we’re looking forward to being able to recognize the top student-athletes and crown national champions once again.”The ITC also was held at the Spectrum Entertainment Complex in 2001, with Western Illinois and Nebraska winning the men’s and women’s titles, respectively. Spectrum Entertainment Complex worked in conjunction with the West Michigan Sports Commission to bring the event back to the Grand Rapids area.“We are extremely excited to welcome back USBC and the Intercollegiate Team and Singles Championships to Greater Grand Rapids,” West Michigan Sports Commission President Mike Guswiler said. “It is a sign that we are getting past the challenges of this global pandemic by hosting these important sporting events safely. Our region remains a top bowling destination, which can be witnessed in the significant investments that have gone into our host venue, Spectrum Entertainment Complex. On behalf of the West Michigan Sports Commission and Spectrum Entertainment Complex, we welcome these collegiate bowlers and are certain they will enjoy their championship experience.”The 2022 ITC and ISC will be held at Stardust Bowl in Addison, Illinois, from April 18-23. The 84-lane center originally was supposed to host the 2021 events but now will welcome the top collegiate bowlers prior to the start of the 2022 USBC Women’s Championships.The 2022 Women’s Championships is scheduled to take place at Stardust Bowl from April 24-July 11.Sectional assignments for the 2020-2021 USBC Collegiate season will be announced March 31 live on BowlTV.com. The ITC sectional qualifiers will take place April 16-18.The 2020-2021 USBC Collegiate season was postponed until January 2021 due to the COVID-19 pandemic. The regular season will conclude March 28.For more information on USBC Collegiate, visit BOWL.com/Collegiate.
Posted by Warren Friedl at 7:19 PM No comments: 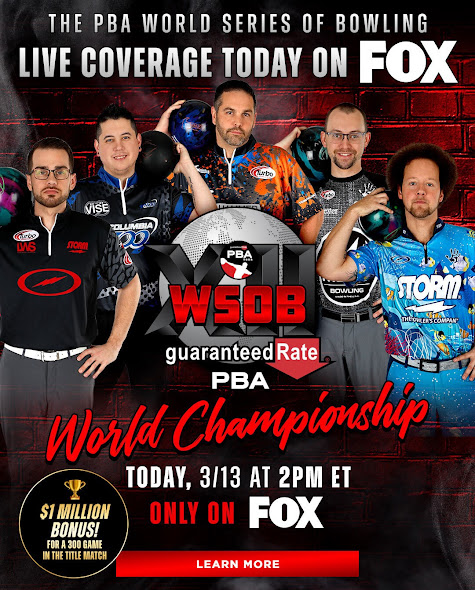 Learn More
Posted by Warren Friedl at 9:33 AM No comments: