From other sources, it's been reported that Brunswick is buying the company. No one from either company was immediately available to confirm this news.

Posted by Warren Friedl at 4:34 PM No comments:

In major news out Friday, the Professional Bowlers Association (PBA) has announced increased first-place prizes in nearly every upcoming PBA Tour event, improved cashing ratios and added more dual pattern events.
Among the most high-profile changes were to the PBA’s most prestigious majors – the PBA Tournament of Champions (TOC) and the PBA World Championship. Both of those events will now feature a $100,000 first-place prize.
In 2019, the TOC paid $50,000 for first, while the World Championship paid $60,000. The changes are part of an overall $400,000 increase in prize money year-over-year for the FOX portion of the PBA schedule, which begins in January. It's the first major announcement since Bowlero purchased the PBA earlier this year.
In addition to the two majors, the PBA Playoffs will also once again award a $100,000 first-place prize, giving the PBA at least three six-figure payouts in 2020. The PBA Players Championship, the third of the PBA’s owned majors, will pay $70,000 for first.
First-place prizes for the USBC Masters and U.S. Open, both controlled by the USBC, have not been announced. In 2019, those events paid $30,000 for first place.
All of the standard singles events will pay $30,000 for first with the exception of the animal pattern events at the World Series of Bowling, which will pay $25,000. Cashing ratios will improve from 1:4 to 1:3 for all events other than the WSOB animal patterns.
The PBA will also roll out more dual pattern events. In 2019, two patterns were used for the PBA Indianapolis Open and PBA Jonesboro Open, both won by Norm Duke.
In 2020, the PBA Hall of Fame Classic, PBA Oklahoma Open, and the PBA Doubles Championship will join the Indianapolis and Jonesboro events as dual pattern tournaments.
As for event formats, the PBA Doubles Championship will change slightly in 2020. Instead of qualifying through the attached singles event, qualifying will happen separately as teams to determine advancers into match play.
The four standard singles events will have similar formats with one minor exception. The Hall of Fame Classic and Oklahoma Open will have two squads for qualifying. Those events will feature 12 qualifying games and 16 games of round-robin match play to determine stepladder finalists.
The Jonesboro and Indianapolis events will have one squad for qualifying with 14 total qualifying games and 16 games of round-robin match play to determine the stepladder advancers.
Just like in 2019, all rounds of qualifying and match play leading up to the stepladder finals for the FOX events will be broadcast live on FloBowling. The stepladder finals will also be simulcast on FloBowling for international audiences.
Here’s a detailed breakdown of each of the 2020 FOX events:

WSOB USA vs. The World 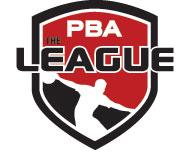 FOUR ELECTED TO USBC HALL OF FAME FOR 2020

ARLINGTON, Texas – The United States Bowling Congress Hall of Fame will have at least four new members when the 2020 class is inducted April 29, 2020, in Las Vegas.

In addition to the four elected, the USBC Hall of Fame Committee selected eight bowlers – six men and two women – for the Superior Performance ballot that will be distributed to a national panel of USBC Hall of Fame members, USBC Board members and veteran bowling writers.

He won gold in doubles and trios at the 1991 World Championships in Singapore, gold in Masters at the 1991 United States Sports Festival, and took the title at the 1995 QubicaAMF World Cup in Sao Paulo, Brazil. He also earned six gold medals at the 1995 Tournament of the Americas.

The 1994 U.S. National Amateur champion, Healey Jr. took third at the 1995 Brunswick World Tournament of Champions as an amateur and also is a two-time World Team Challenge champion (1995, 1997). He is a two-time World Amateur Bowler of the Year (1995, 1996) and was named to the Bowlers Journal All-Century Team for the American Zone (1999).

He was selected the United States Olympic Committee Athlete of the Year for Bowling in 1991 and 1995.

Healey Jr. started bowling in international tournaments in 1990 and has earned 24 wins in international competitions. He has a 300 game in nine countries and won titles in 14 countries and on six continents. He was invited to be part of the 1992 Olympic Games American Bowling Congress team to help promote the sport of bowling and the sport’s quest to gain medal status.

He was a member of the Lodge Lanes team that won the Team All-Events title at the 1997 and 1998 USBC Open Championships. He has four additional top-10 finishes at the event.

A regular on the PBA Tour for nearly a decade, Healey Jr. won three titles, including the PBA Tournament of Champions in 2003. He officially retired from competition in 2008.

Learn Jr., 57, a native of Erie, Pennsylvania, currently serves as the head coach of the men’s and women’s bowling programs at Martin Methodist College in Tennessee.

A two-time member of Senior Team USA, he earned a gold medal in team at the 2015 World Bowling Senior Championships in Las Vegas and captured gold in doubles and team at the 2017 event in Unterfohring, Germany.

A USBC Silver coach, Learn Jr. is a former Team USA coach and has conducted bowling clinics throughout the world.

He won the ESPY Award for bowling in 1997, was a Bowlers Journal All-America first-team selection in 1995-1996, and a USBC first-team All-American in 1996 and 1999. He is a member of the Erie Bowling Association and Pennsylvania State Halls of Fame.

Cain, 38, of Phoenix, was a five-time member of Team USA and has bowled on the PBA Tour since 2007, but made his biggest mark in the sport off the lanes.
He joined the USBC Board of Directors in 2007, was named vice president in 2010, and then took the reins as president in 2012. During his three-and-a-half years as USBC president, Cain was instrumental in the creation of International Bowling Campus Youth Development, combining the youth forces of USBC and the Bowling Proprietors’ Association of America (BPAA) to streamline and improve participation in youth bowling.

Also, during his tenure, the Professional Women’s Bowling Association (PWBA) was restarted through a joint effort with BPAA, as was the U.S. Open, also with support from BPAA.

Cain served on the BPAA, Strike Ten Entertainment, and The Bowling Foundation boards, and, after completing his term on the USBC Board, he continues to serve bowling at the national level as a member of the USBC Equipment Specifications Committee and on the SMART board.

He joined the PBA Tour in 2007, making the televised finals in his first PBA event (Dick Weber Open), where he finished fourth. He was named the 2007-2008 PBA West Region Player of the Year, as well as 2007-2008 PBA West and Northwest Region Rookie of the Year. In 2017, the left-hander rolled a PBA five-game record of 1,352, including a 300 game, in the PBA Cheetah Championship at the National Bowling Stadium.

Zebehazy, 66, of Leesburg, Florida,  was instrumental in promoting and developing youth bowling and helped lay the groundwork for the Junior Gold Championships.

He started his career in the bowling industry in 1971 as a pinsetter mechanic and pro shop rep at Airport Bowling Center in Buffalo, New York, and later joined the Buffalo Bowling Association board.

In 1983, he became a field representative for the American Bowling Congress (ABC), visiting more than 1,500 associations in the Northeast and teaching Certified Lane Inspection Workshops. He took over as ABC’s Group Executive for Field Service in 1989.

In 1998, he was named Executive Director of the Young American Bowling Alliance (YABA), overseeing staff, programs and services, and strategic planning. During his tenure, he implemented David Dahm’s concept of the Junior Gold program, provided the vision for the USBC Youth Open Championships, and initiated the Gift For Life Scholarship program.
He was directly responsible for the creation of the Registered Volunteer Program (RVP), one of the first safety programs put into place in the world of youth sports, and was a key person in improving and advancing the Scholarship Management and Account Reporting for Tenpins (SMART) program.
His role in YABA ended with the merger of the sport’s major organizations to form USBC in 2005. He supported the merger and played an integral role in helping to push the initiative to completion. The YABA board created the Annual Zeb Scholarship in 2005 in recognition of his dedication to the organization.
He joined USBC in 2005 as a field representative, a position he held until his retirement in 2015.

In 2010, Zebehazy received the Kerm Helmer Horizon Award, given to leaders in the youth bowling community who have displayed the courage, determination, and ability to develop far-reaching programs of national scope that provide fun and exciting opportunities.

The 2020 USBC Hall of Fame Class will be inducted April 29, during the USBC Convention at The Orleans Hotel and Casino.