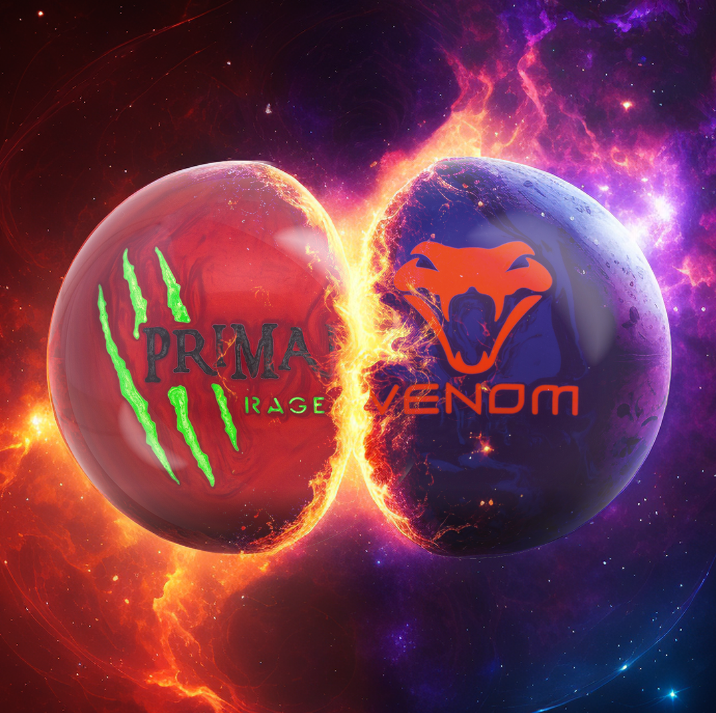 The Primal™ Rage bowling ball (#redball) put MOTIV® on the map. When released, it was awarded the highest backend rating of any ball ever made. The Primal Rage was also the first MOTIV ball used to win a televised PBA national title. That was a great day!

As for the Venom™ Shock, yes, it is the most popular MOTIV ball ever made and for good reason. It is the go-to ball for so many bowlers and has earned a spot in bowling bags around the world. Because of it's performance record, the Venom Shock has been in the product line for 9 years!

And now, we've combined these two incredible MOTIV masterpieces to create the PRIMAL SHOCK. People are always sending us their ideas on balls they think would be really cool and this mash-up of the Venom Shock and Primal Rage is at the top of the list. Posted by Warren Friedl at 5:12 PM