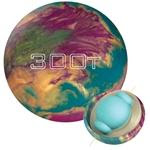 The new Track 300T, a lower mid performance ball, is constructed with a symmetric core. Track wrapped it with a brand new coverstock blend, the “LMP GEN1T Solid”. This cover is designed to be very aggressive through the front part of the lane, and have a true “T” track-tion shape in the mid lane. This is a very unique color combination for Track and it will stand out on the lanes. 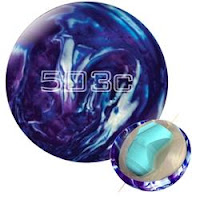 The all-new Track 503C is designed to be an improved version of the original 505C. What you can expect from the new 5 Series C ball is more length and an even more controllable ball motion at the breakpoint. Track reports: "From tournament bowlers to the average league player, this ball will undoubtedly be the first ball out of the bag. This beautiful Purple/Blue/White Pearl ball in it’s out of the box 4000 sanded and polished state is designed for medium to dry lanes. In a larger volume of oil, just adjust the surface to a 2000 grit scuffed surface and you will gain an additional 5 boards of hook for the average player - some may see even more." Available 7/12/11. 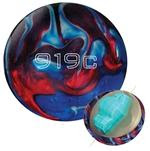 Track announced an addition to the 9 Series, the 919C. Track’s intention “To make the most continuous mid-lane ball motion our R&D team could produce. Yes…the new 919C “C” is for continuous, not control.”
The new “Blade Asymmetric” core shape boasts midlane power, specially designed for midlane continuous ball motion.
Track chemists have come up with yet another new and stronger coverstock formulation colored Blue/Red/Silver, one that has a rather unique side effect…a unique HAZE to it. New “Haze HP9C” can only be described as a HAZE that will change its appearance in differing environmental conditions (Factory Finish: 500, 1000, 2000, 3000 Abralon). Track reported "This HAZE has no bearing on performance, but the look is phenomenal! Some will haze more than others and some will change appearance just from using the product." Radius of Gyration (RG): 2.53, RG Differential (Diff): 0.049, Intermediate Differential (Mass Bias): .019. World Wide Release Date: 8/18/2011
Posted by Warren Friedl at 11:11 AM